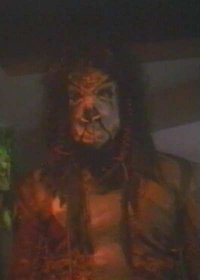 Humanoid species native to the Alpha Quadrant. The Nausicaans are large people renowned for their lack of subtlety and surly, ill-tempered manner. In 2371 a group of Nausicaans used an ultrasonic generator to break in rob central museum of Remmil VI by breaking down one of the walls. They are a common choice as bodyguards or hired muscle - FCA liquidator Brunt used two Nausicaans as bodyguards in 2372 when he investigated a labour union set up by employees of Quark. The Nausicaans severely beat Quark in an unsuccessful attempt to force Rom to shut down the union. In 2327 the newly graduated Ensign Picard and two of his friends became involved in a fight at a gambling establishment on Starbase Earhart after a Nausicaan cheated during a game of Dom Jot. One of the Nausicaans stabbed Picard through the heart, severely injuring him and necessitating an artificial replacement organ.